Although Cinco de Mayo has passed, my thoughts still linger on Mexican cultural influences. Mexico has a powerful creative voice. That voice has been almost snuffed out by the extremities of their political, and social issues. Based on my experiences, Tacos are the first thing that comes to mind when I think Mexico. Then my mind is bombarded with visions of stocky built men with thick mustaches, standing in groups on the sidewalk every morning hustling for work, and cat calling with gusto at me and almost every other chick rushing to catch the subway. “ AYE MOMMIE HOLLA CHICA YOU LOOK NICE I WAN BE YO PAPI !”
However, lately I’ve become enthralled with the rich Aztec and Spanish references engrained in the Mexican Culture. I’m a Rubi Girl, so naturally, I took all that culture, its whole lotta good stuff, and translated it into something for my wardrobe!

WHAAAT!? Did you just ask what is a Rubi Girl!? Well darling reader, a Rubi Girl is a creative, unique and confident lady who loves culture and expresses her love of culture through fashion. As a fashion designer and self proclaimed Rubi Girll, I’ve decided to bless your digital screen with this fashion blog and give you the 411 on fashion trends from around the world!! So this week we shall travel to Mexico and see what the Muchachas and Muchachos are rocking.

Okay, so I’m on a chump change diet and therefore instead of first-class on United Airlines to Mexico, We shall hop on the F line; transfer to the M103 city bus and land at our destination, Mexico. Well, actually I landed in Little Mexico on 116 Street between 1st and 3rd avenue in Harlem, New York.

I was expecting to become mesmerized by a plethora of art references from Mexican culture.  Instead it dawned on me that if Puerto Rico and Mexico were to have sex and give birth to a child on a roughly 3 block-shopping strip located in Harlem, that child will be Little Mexico.

On my quest, I meet Korina and Luticia. They were two lovely Mexican ladies chatting in front of a small Puerto Rican Restaurant. They stated that it’s usually the men that would sometimes wear a poncho, hat or beaded bracelets. The women don’t normally wear anything with cultural influences, unless it a holiday.  They prefer the usual American fashion.   However, as a fashion trend, they like to wear religious necklaces of the Virgins and Saints. 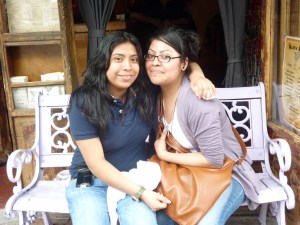 Hungry for more info, I traveled home first class, to consult with Professor Google.  According to Wikepedia, several Mexican staples spilled into our everyday wardrobe. A Baja Jacket is a Mexican pullover with a large pocket in the front.  They were popular in the Hippie subculture but over the years they have been altered with a large zipper down the middle, forming today’s modern hoodies!

Huaraches are a type of Mexican sandals made from woven leather.  Their origins are actually pre –Columbian but are popularly worn in Mexico.  I’ve seen people wear these; my dad has a pair!   In fact, I was looking for a new pair of sandals for my dad and found one on shoesgotsole.com.  I realize now that they are very similar to the basic Huaraches.

Talking about shoes, I came upon something that blew my mind!  Currently trending in the streets of Mexico are crazed pointy cowboy boots!   Men rock skinny jeans with boots pointy to a point beyond insanity. There are even competitions to see which groups can dance the best in these boots.   The trend began when Mexican tribal music popularity grew.  I love these!  But I don’t need a pair! 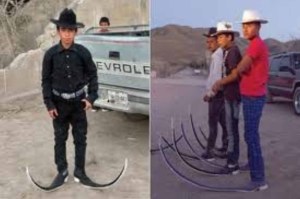 Traditional attire remains a timeless classic in Mexico.  We all know about the Poncho.  I’ve just recently learned about the serape (a brightly colored long blanket-like shawl  with fringe ends), and the Rebozo (a rectangular shape women’s garment which can be used as a scarf shawl, baby carrier, or a bag to carry items to the market). Wow,now that is a versatile garment! 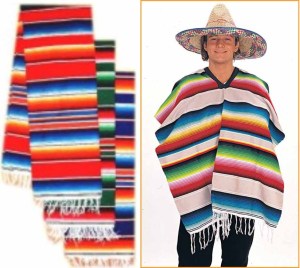 The Rebozo actually reminded me of Lapas, which are large, printed, rectangular fabrics many traditional West Africa women wear as wrapped skirt.  Its versatility is similar to that of the Rebozo. As they say “ It’s a small world after all.”

Did you know the word Sombrero originated from the Spanish word sombra meaning shade? I think the sombrero looks like a lavishly decorated head umbrella.

What is the future of Mexican Fashion?  Many of the people I’ve spoken to say that Mexico looks to Europe and the US for new trends. However Mexican culture creatively empowers many. Norma, a fashion designer of Mexican decent living in New York City and a fabulous sexy beast Rubi Girl, draws inspiration from her heritage.  She loves the intricate embroideries and textiles commonly used in traditional attire. Her Mexican inspired line for fashion week would have blouses with embroidered necklines, and garments with stripe print themes typical of Serapes!  Her over all silhouettes will be a molded look reminiscent of Alexander McQueen.

So my main question is  “ How can I put all this great culture in my wardrobe?”   Here is a mood board and sketches of three different looks I’ve designed. This is my interpretation of Mexican fashion for my wardrobe. 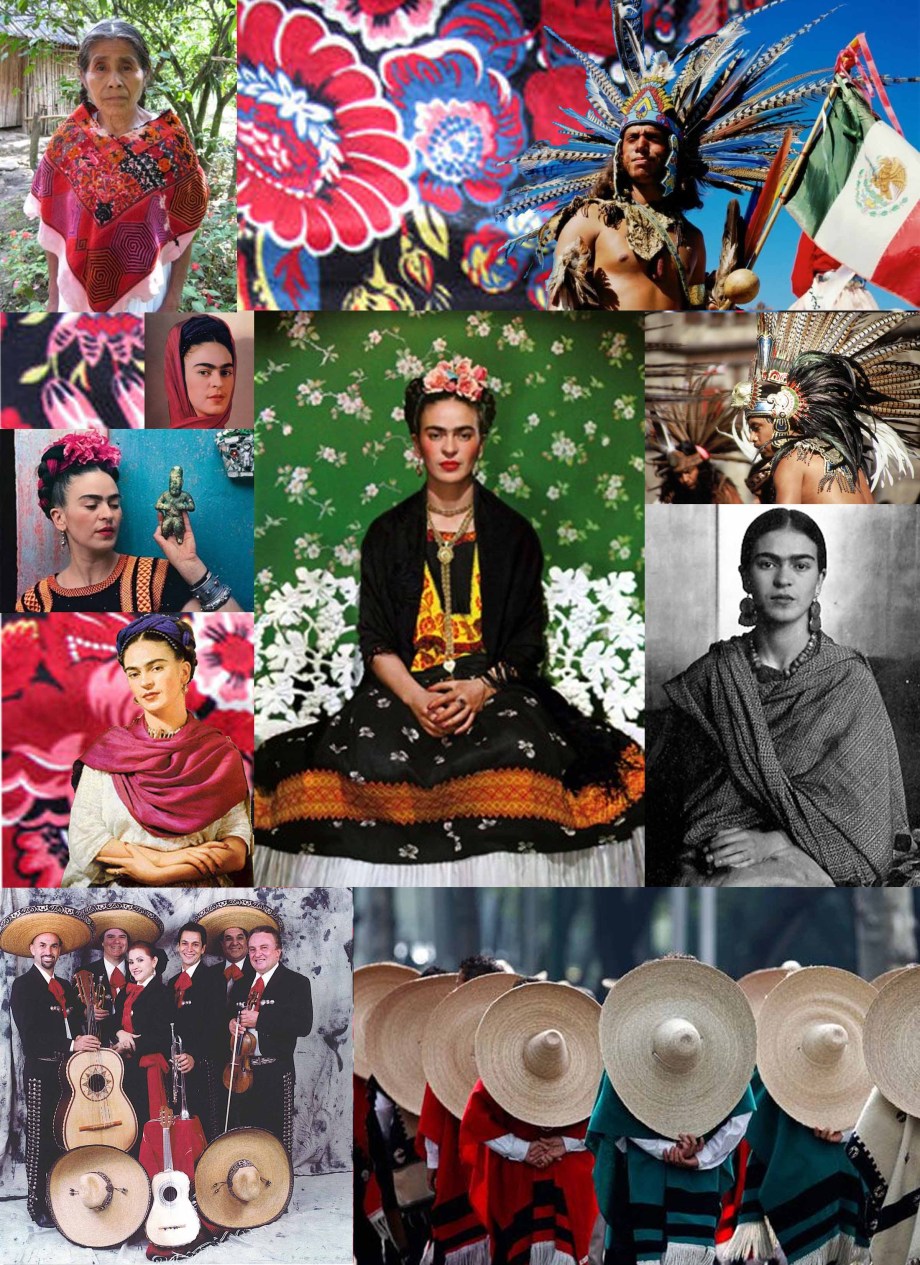 Mexico inspired Mood Board I've created for my designs

Stay tuned because I’m going to make one of these outfits and post it in one of my upcoming blogs!   Most likely the multi-colored Salina dress will be my pick.

Good-bye or better yet, ADIOS EVERYONE. Thanks for traveling first class with me to Mexico.