Welcome back to the Egypt Fashion Tour!  In the last blog we visited NYC’s Little Egypt, reminisced about Ancient Egypt style, took a Hookah 101 class, learned Hijab styles and experimented with scarfs and head wraps.  https://houseofrubi.wordpress.com/2011/07/08/rubi-girl-goes-to-egypt-part-1/

But I wanted to delve deeper into Egypt’s cultural fashion, and this is what I’ve learned!

Although there are Coptic Christians, Egypt is an Islamic nation with Sunni Muslims as the majority. However, westernize fashion styles are popular and are usually worn tastefully. On the streets of Egypt you’ll see a blend of Western and Islamic attire.

I interviewed Egyptian American, Karim  for a better understanding of Egypt’s culture and fashion today. 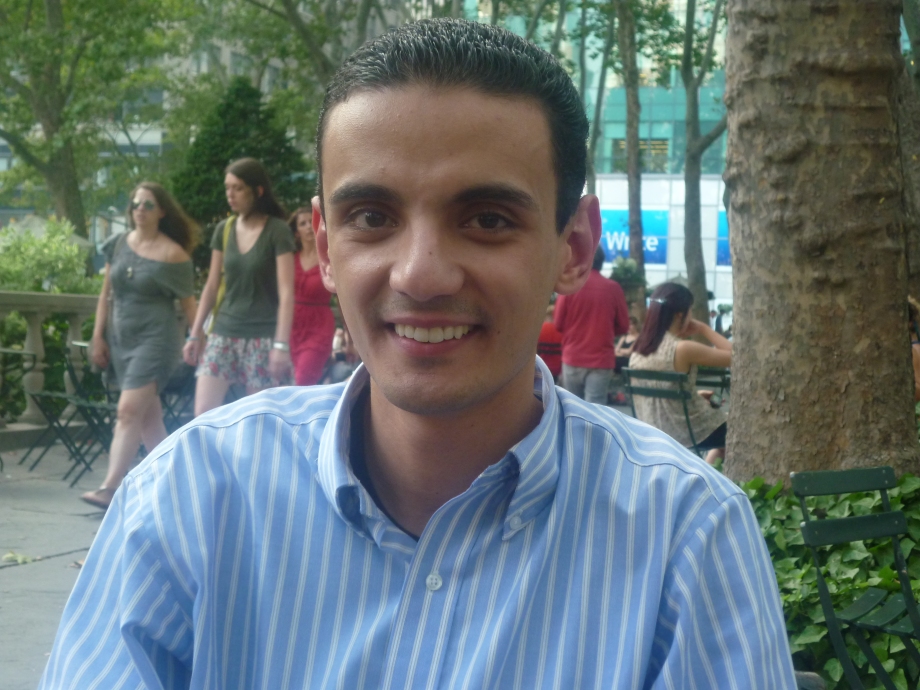 Karim: Egyptian fashion is very conservative. Some guys wear flared pants, and shirts to their waist. Women are conservative with shoulders covered, no cleavage shown; they wear tops with solid colored undershirt, no shorts and very basic accessories as far as jewelry.

Karim: Religion is a big factor for women. Short skirts and over exposed skin is not allowed. Muslim women wear hijabs starting at age 15 or 16 because based on the Quran women have to be covered. Some women wear a niqab, which is a veil that covers the face.

Munaqaba – “one who wear the niqab”

Rubi Girl: Although there is a Quranic dress code, some Egyptian girls are mixing fashion with faith and trying to break into the fashion modeling industry check out this video.

Deena, a fashionable lady I meet in Little Egypt states many of the various fashion styles here in the USA are also trending in Egypt. 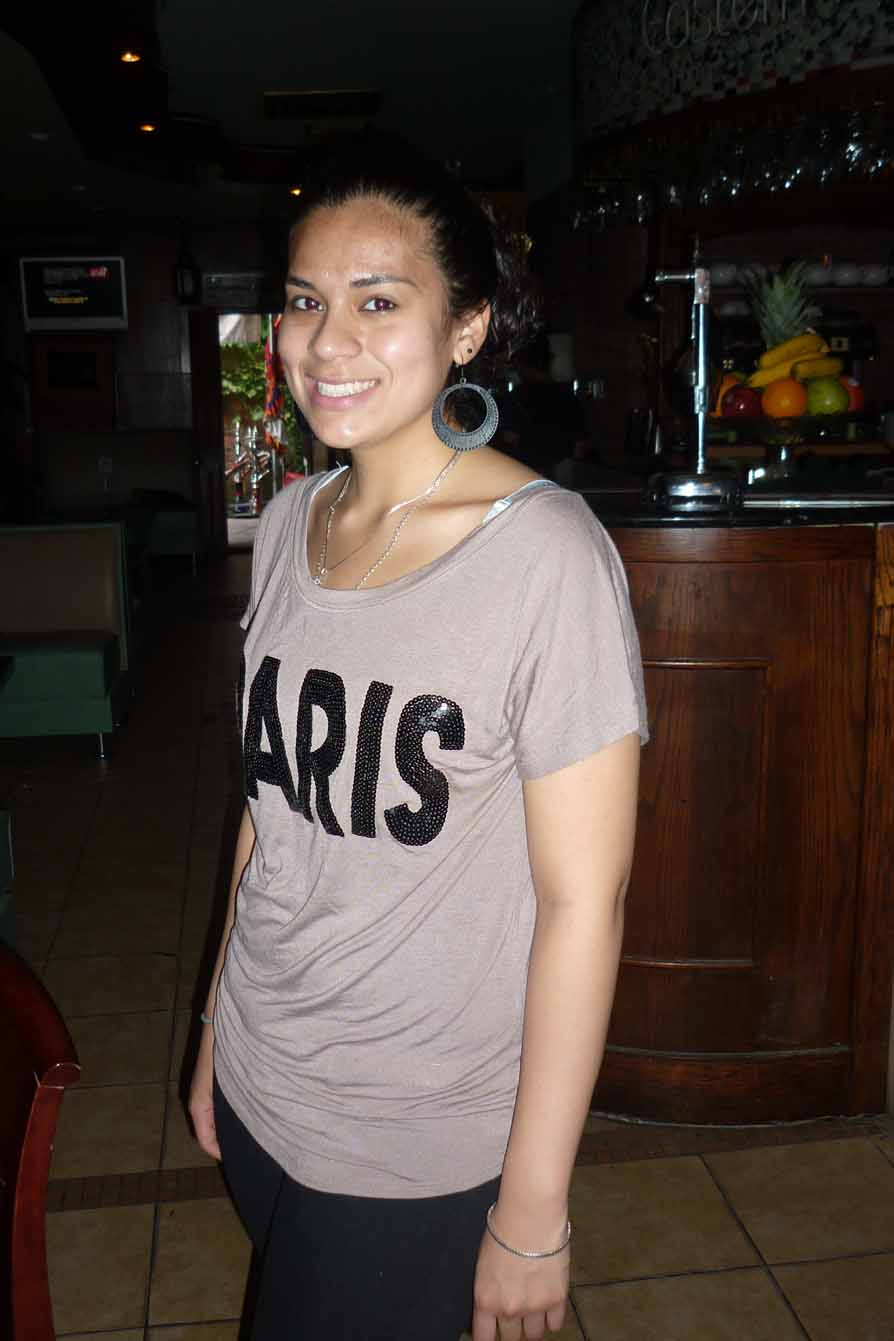 The radiant and fashionable Deena

Deena and Karim states that the most popular and fashionable pop stars the Egyptian youth like to follow are Amr Diab, Tamer Hosny and Mohamed Mounir.
These stars wear westernized fashion with heavy emphasis on styles from France, England and Italy.

Amr Diab -AKA father of Mediterranean Music,  Karim says Amr Diab is like the middle eastern Michael Jackson!  I say Diab is a whole lotta SEXY!

Tamer Hosny- AKA “The star of the generation”

Mohamed Mounir- AKA “The King”

Rubi Girl: There are some pop stars that have caused controversy because they dressed in a manner considered inappropriate.
Ruby is an Egyptian singer and actress known for controversial content.

According to BBC News “Egyptian culture was relatively liberal in the 1970s but swung towards conservatism in the 1990s – although there are now signs of a counter swing. Daring young women a generation ago wore miniskirts, now tight T-shirts and low-waisted jeans are considered adventurous. While Ruby, Lebanon’s Nancy Ajram and similar singers tend to be popular with teenagers, several young people in their twenties express frustration at the video clip explosion.”

Fashion is evident in the Egyptian desert of the Sinai Peninsula! The Bedouin are a Nomadic dessert dwelling Arabic ethnic group. Bedouin women are known for their stunning embroidery work.

“The galabeya is perfect for a nomadic life style and the desert climate allowing any breeze to circulate whilst retaining its practicality and modesty.” http://www.desertveils.com.au/BedouinClothing.htm

Women wear jewelry to display family wealth and superstition beliefs. Some men wear a thobe, which is generally a long sleeved white cotton gown that is ankle length. Covering their heads, they wear a large scarf called a keffiyeh/kufiya, held in place with camel wool. 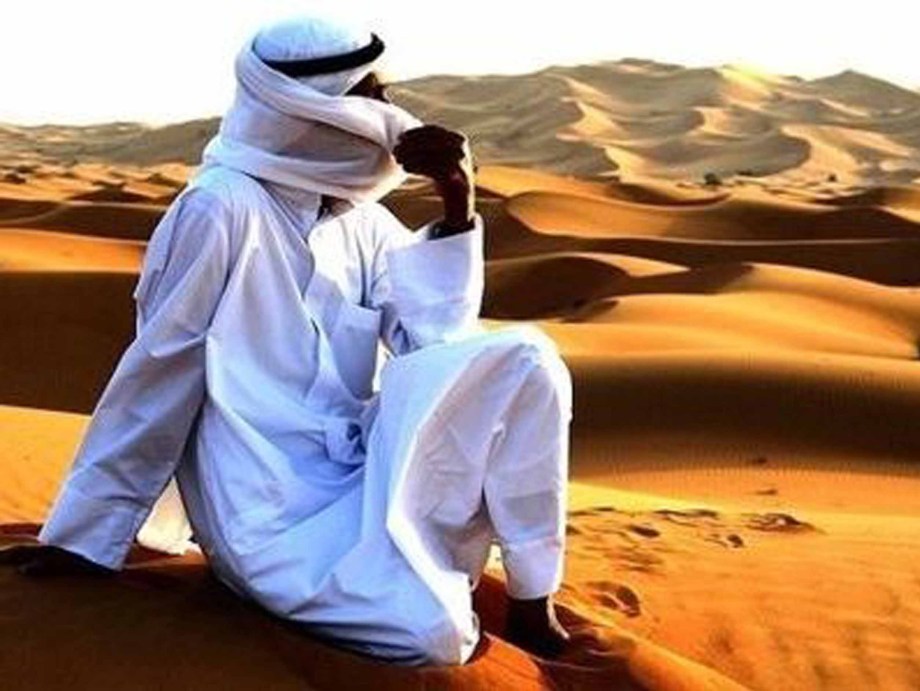 Keffiyehs have become a trend in the Western World ! 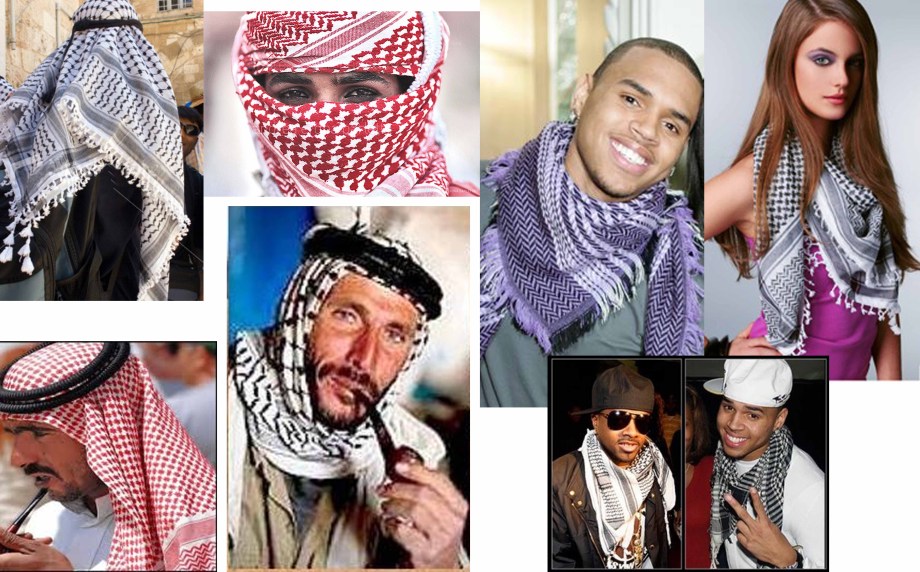 Randa Haggag is an Egyptian upcoming fashion designer who debut her modern prêt-a-porter line “ Baheya” for spring / Summer 2010. Haggag revives her cultural identity through utilizing Egyptian Sinai Bedouin national dress themes, colors, textures and prints from the Galabeya. Reflecting the Egyptian culture, the Baheya line strives for a balance between antiquity and modernity. 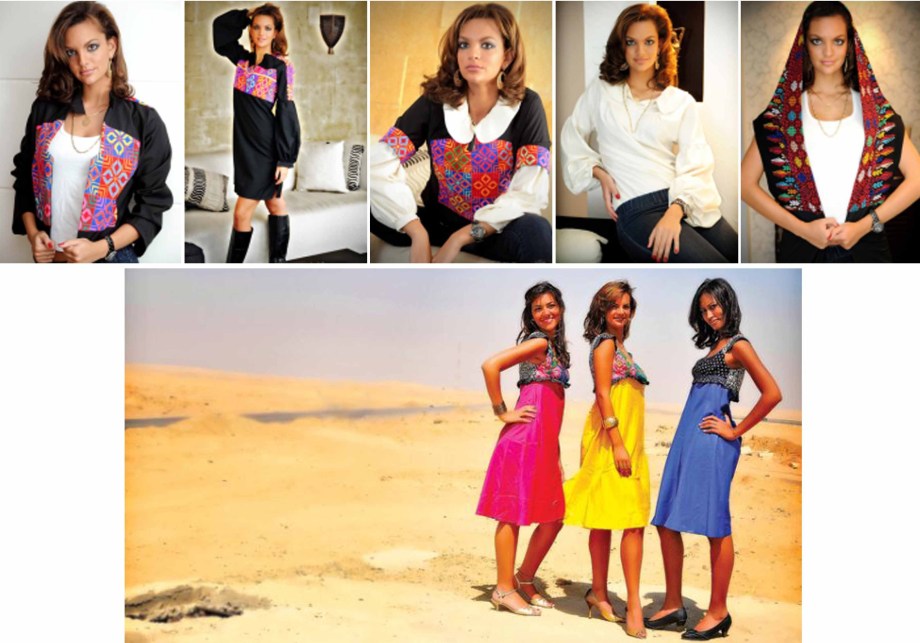 Haggag states “Baheya targets women who are interested in culture and art”  THOSE ARE CHARACTERISTICS OF A RUBI GIRL!
http://www.communitytimesonline.com/art-details.aspx?articleid=197

There is a huge market for Islamic fashion. Many designers want to marry western fashion with Muslim concepts. However, fashion designers must be conscious of how they interpret their designs. According to the article on the website Muslim Voices “a fashion show in Monte Carlo sparked controversy when the name of the Prophet Mohammed was written across a sleeveless abaya-inspired gown.” http://muslimvoices.org/islamic-fashion-mixed-reviews/

UK based designer Sarah Elenany, the creator of the fashion company “Elenany” has successfully merged western and Islamic wear to create clothing that has mass-market appeal.

Check out this video on Sarah elanany and Muslim fashion 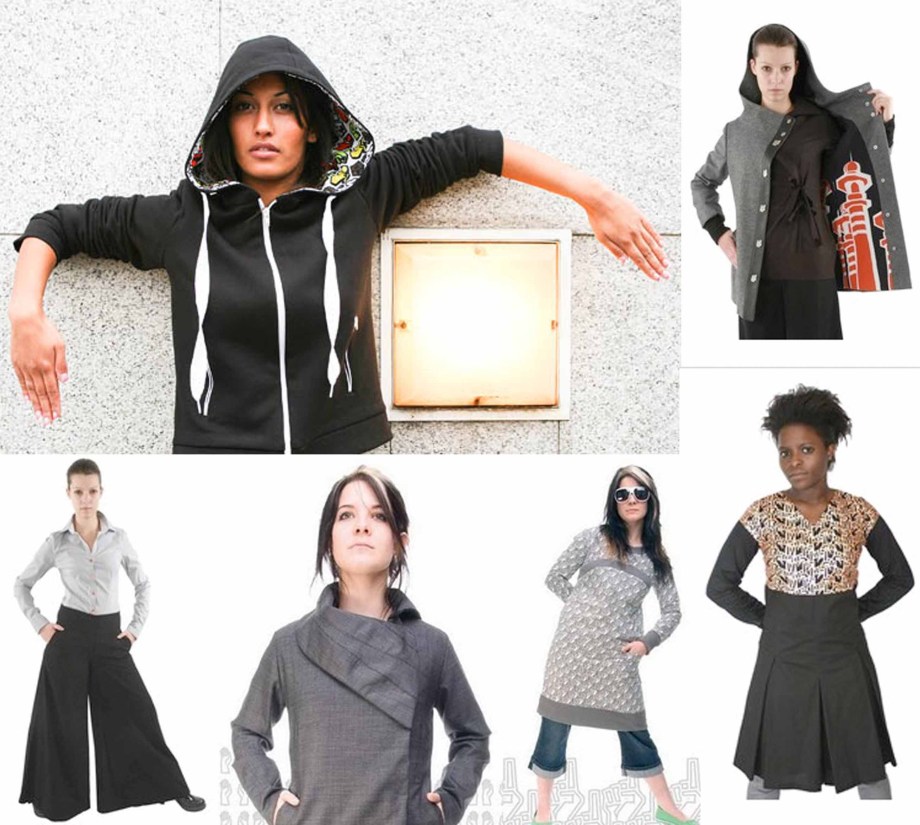 Egypt’s top Designers are Hany El Behairy and Mohamed Dagher (may he rest in peace). He was brutally killed this year.

Dagher was the son of Abdu Dagher a famous composer, he started of studying music but decided to follow his heart and pursue a career in fashion. 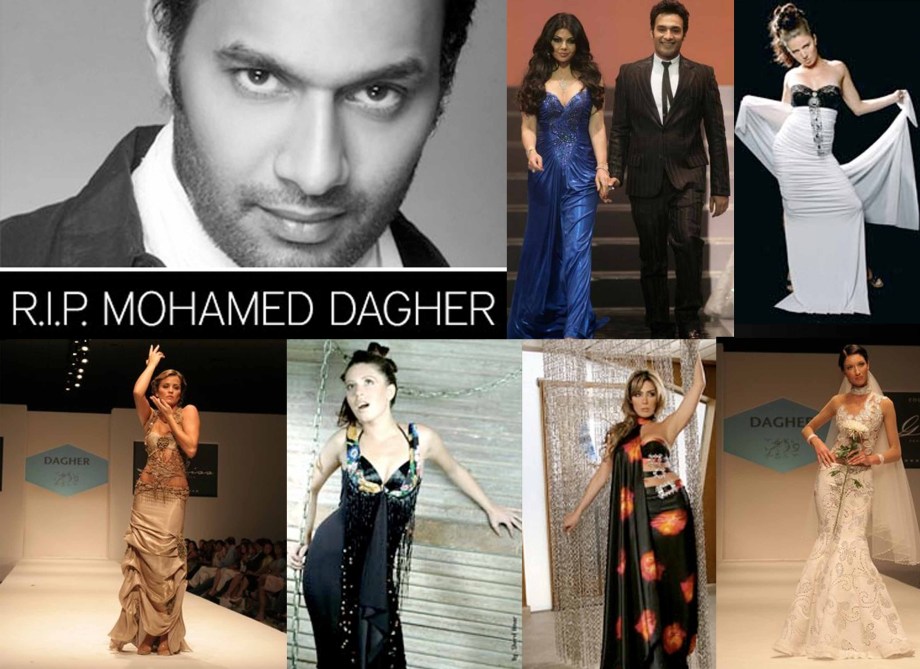 Hany El Behairy is renowned for his lavish wedding dresses. He uses textures and colors to capture the essence of femininity. 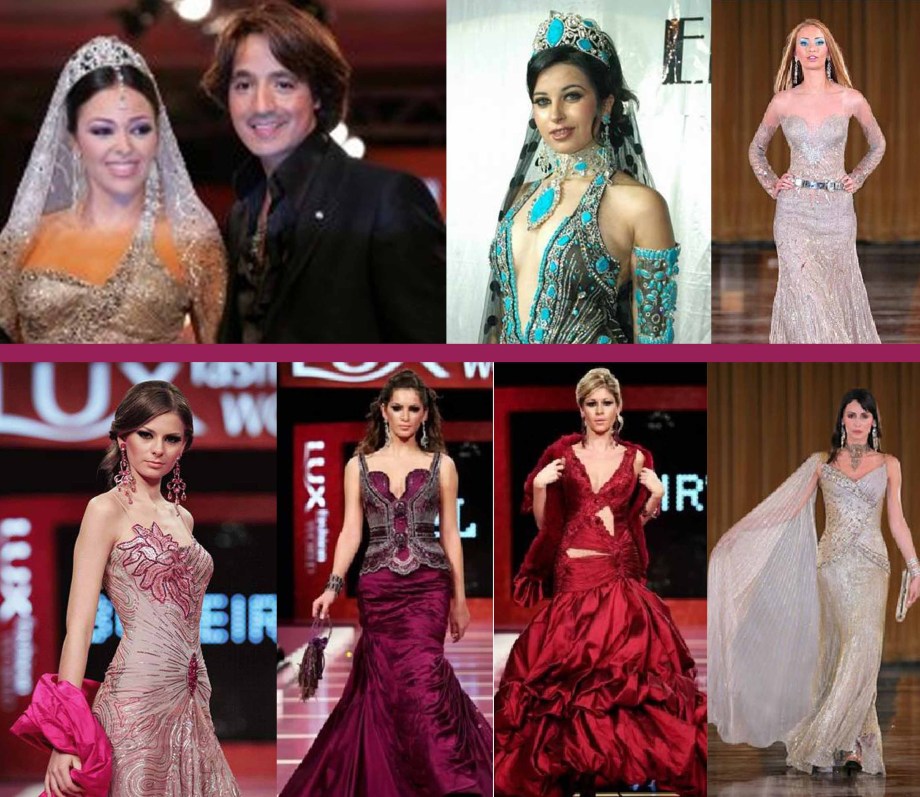 Marie Bishara is another major Egyptian Fashion Designer. Ancient Egyptian culture motivates her design concepts. Bishara was the first designer to represent her country at the 2009 Spring/Summer ready-to-wear collections in Paris.

Check out this video on Marie Bishara
http://www.webcastr.com/videos/news/egypts-star-fashion-designer.html

One of my favorite designers, Soucha is based in Egypt. He is a renowned Tunisian Haute Couture fashion designer in the Arab world. There is a modern fantasy element in his work that I find absolutely fascinating!

SOUCHA, DESIGNER BASED IN EGYPT

Art and fashion goes hand in hand. Gazbia Sirry is one of my favorite Egyptian artists.

Now that we’ve learned so much about Egyptian fashion, the big question for me is “ How can I put some of that Egyptian greatness in my wardrobe?”
Here is a mood board I’ve created.

My inspirations were Ancient Egypt and Bedouin culture.

MEET DA GUURLS!! CLEOPATRA (in the sheer golden peach and red dress), NEFERTITI  (in the black hoodie and halter dress) AND ISIS (wearing the draped ice blue dress with hoodie) 😀

I’m gonna make one of these outfits and post it in an upcoming blog. I’m leaning more towards Nefertiti but maybe it would be Cleopatra. 😀

Remember the Poncho dress from the “Rubi Girl Goes to Mexico” blog !!?   https://houseofrubi.wordpress.com/2011/06/02/rubi-girl-goes-to-mexico/ 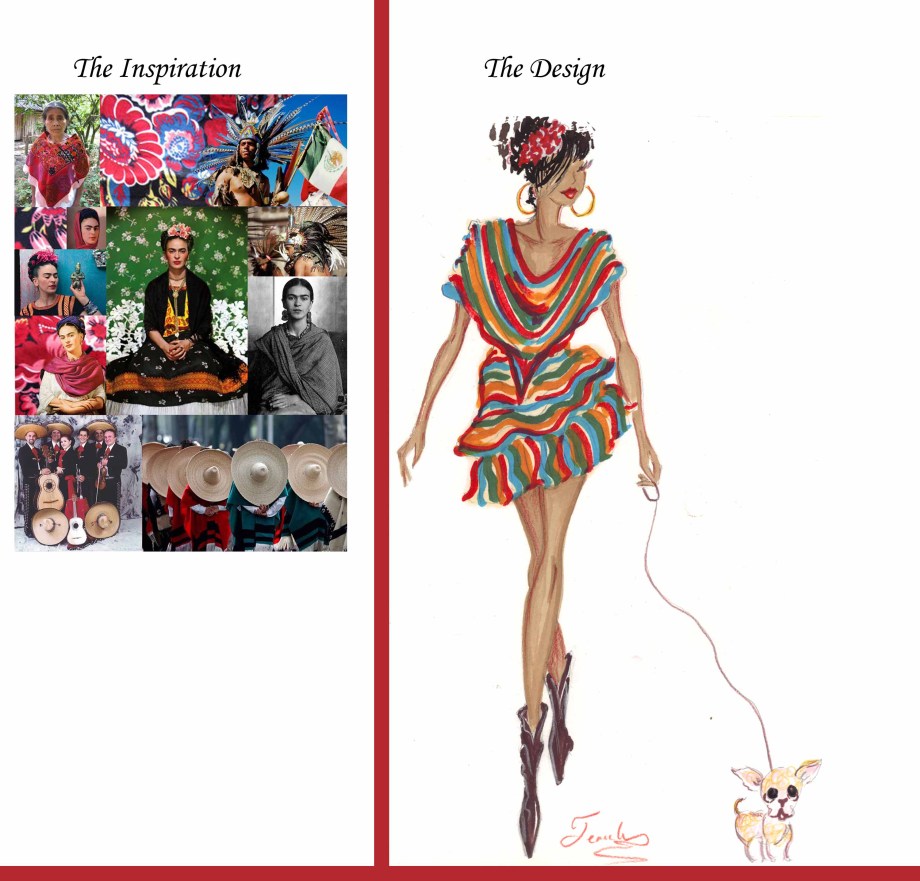 Weelll TAA DAHH! Here it is: D  I decided to go with lighter stripes, but the overall effect is still the same 😀 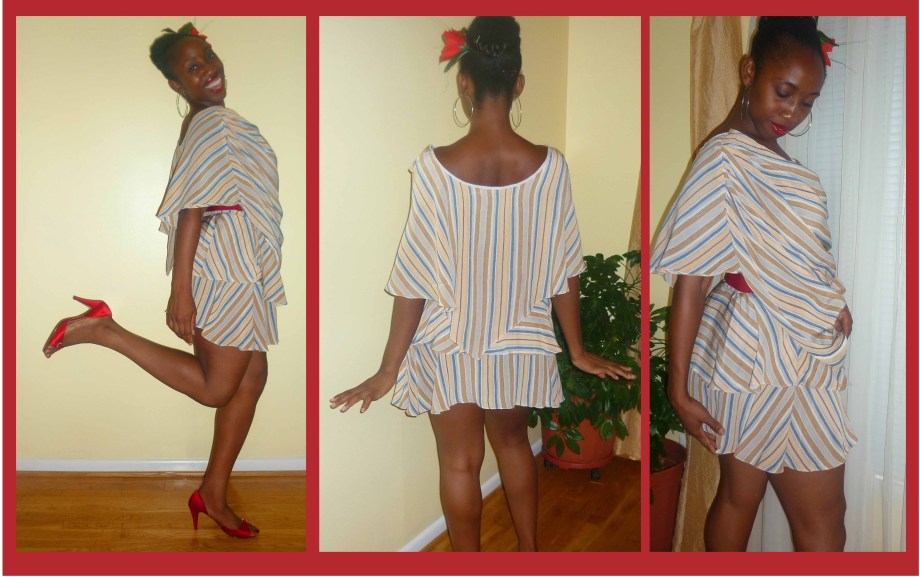 As you can see I was having a whole lotta  fun in that dress!  It is flirty, light and versatile

THANKS TO OUR PHOTOGRAPHER  FOR TODAY AND FELLOW RUBI GIRL, MISS ZELOR!

Check out the House of Rubi facebook page, to see more of my designs!  http://www.facebook.com/HouseofRubi

House of Rubi by Tenneh

Unfortunately all good things must come to an end. So goodbye for now, or like the Egyptians say in Arabic “MAA AL SALAMA”!!!

THANKS FOR TRAVELING WITH ME THROUGH EGYPT!